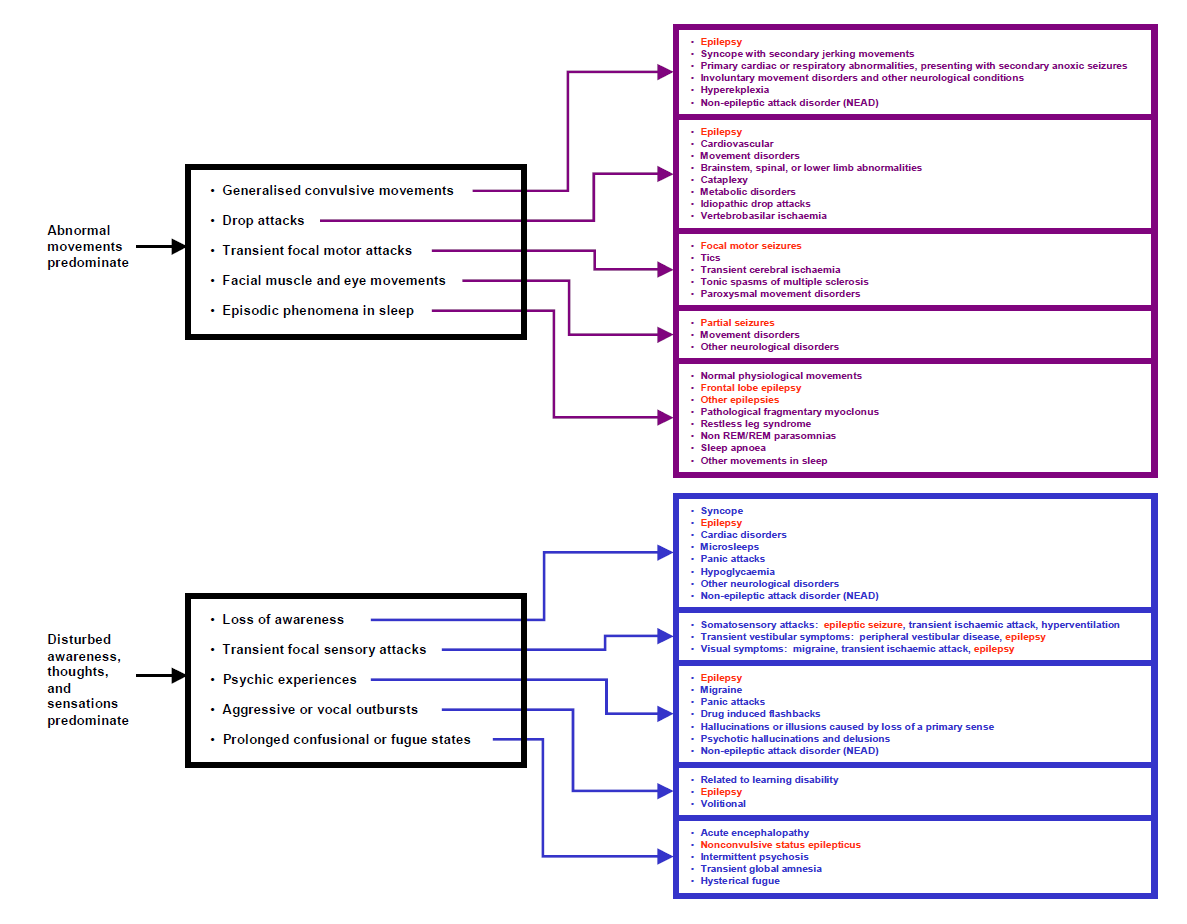 Rare except in patients for treated diabetes mellitus; very rare insulin secreting tumor; history of a missed meal prior to the attack. more

Head injury -> LOC and / or amnesia. Occasionally, structural CNS abnormalities may present with episodes of loss of awareness.more

Isolated episodes of loss of awareness may also be caused by abuse of psychotropic drugs or other substances.